NA standing committee delegation visits Kartarpur, inspects facilities Share: Share Whatsapp Promotion of religious tourism need of the hour, says Imran Shah Agencies September 14, 2022 LAHORE – A nine-member delegation of Standing Committee of the National Assembly on Religious Affairs under its Chairman Syed Ali Imran Shah visited Gurdwara Darbar Sahib Kartarpur on Tuesday. The committee inspected arrangements and also reviewed the facilities being provided to the visitors at the Gurdwara. Later, talking to the media, the chairman said that the objective of the visit was to view state-of-the-art facility for the Sikh community, adding that the committee also pointed out areas which were needed to be updated at the Gurdwaras. He directed the Sikh Gurdwara Parbandhak Committee (SGPC) to make necessary arrangements to resolve the issues being faced by Sikh community worship places in the country. He said that installation of generators and solar panels at Gurdwaras was on the cards to ensure uninterrupted supply of electricity. He said that the standing committee had given suggestion to hire professionals and experts for promotion of religious tourism and directed the management to evolve a comprehensive plan in that regard. 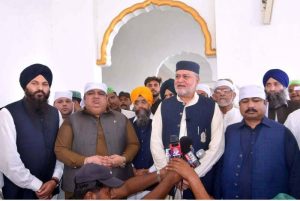 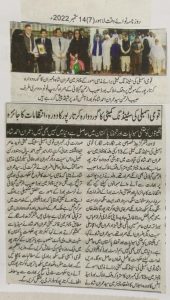 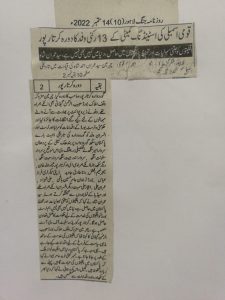 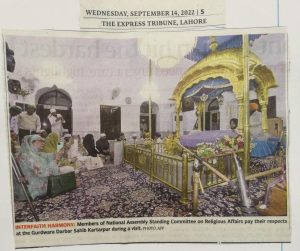